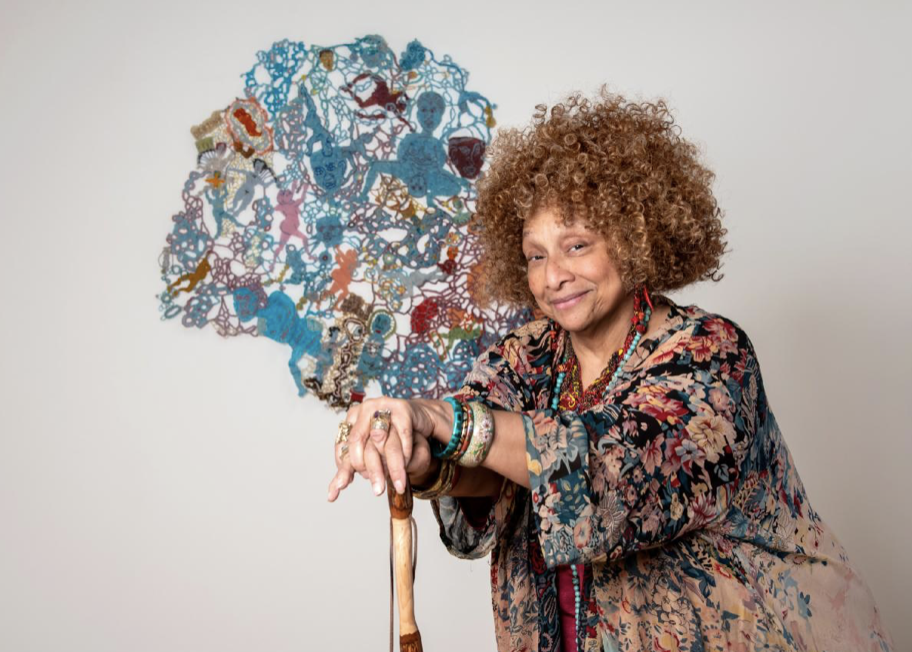 “It’s important to me to use art in a manner that incites people to look and then carry something home – even if it’s subliminal – that might make a change in them.”

Joyce J. Scott was born in Baltimore in 1948.  Her parents were both born to sharecroppers in North Carolina and migrated to Baltimore in the 1930’s and 40’s where Joyce was born and raised.  Scott comes from a rich background of quilting and beading starting at the early age of 3, when she began sewing with her mother (and first teacher), Elizabeth T. Scott.  Decades later, she is a recent recipient of the MacArthur “Genius” award, and continues to create stunningly beautiful and powerful works.

Scott’s extensive body of work has traversed styles and mediums, ranging from intricate jewelry, to two- and three-dimensional figurative sculptures, installations, and her most recent projects which integrate her trademark beadwork with blown glass sculptures created in collaboration with artisans in Murano, Italy.  Scott repositions craft as a potent and expressive platform for social commentary. Many works investigate her personal history as well as social and political injustices, sexism, violence, and racism as they face our society.

Scott’s works delve into the extremes of human nature with her idiosyncratic style and flair—conflating humor and horror; beauty and brutality.

Joyce received a B.F.A. (1970) from the Maryland Institute College of Art, an M.F.A. (1971) from the Instituto Allende in San Miguel de Allende, Mexico, and training from her mother, Elizabeth T. Scott, who was an internationally recognized fiber artist. Her work has appeared in solo and group exhibitions at the Baltimore Museum of Art, the Museum of Art and Design, the Fuller Craft Museum, the Smithsonian American Art Museum, and the Metropolitan Museum of Art, among others.