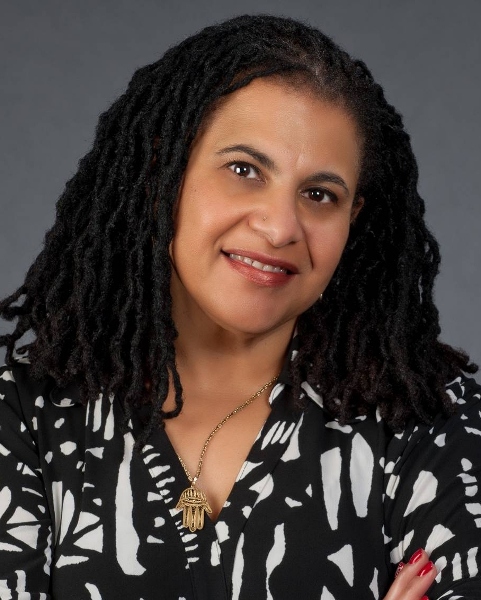 Suzan E. Jenkins has been a visionary leader in the non-profit arts and culture sector for over twenty years, serving in executive positions at the Rhythm and Blues Foundation, the Smithsonian Institution and the Recording Industry Association of America. Jenkins is a strategic thinker and team builder who develops innovative projects that respond to and cultivate communities. It is in that light that Jenkins co-founded the Nonprofit Energy Alliance. Since its inception in May 2010, the Non-Profit Energy Alliance has collectively saved nonprofits over a half-million dollars compared to standard offer energy service, while supporting clean sources of energy that are essential to protecting our environment and building a new economy. 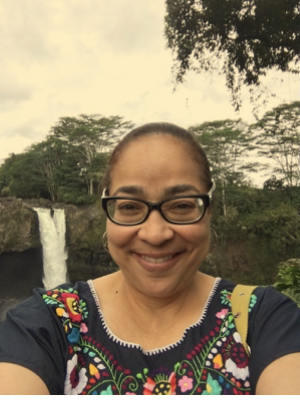 Tonya is a Native Washingtonian with over 30 years of multi-disciplinary arts management experience. Her passion for the arts began in the theater as a stage actor and voiceover talent that segued into the visual arts as an administrator and curator. Her career includes work at the Rhythm and Blues Foundation, The Smithsonian Institution’s America’s Jazz Heritage program @ SITES, The Prince George’s County Gateway Arts District, The Prince George’s County African American Museum and the DC Commission on the Arts and Humanities as public art manager, where she led the groundbreaking 5×5 temporary public art program. She is a content and grants consultant for Red Clay Toes Film productions based in NY and DC and is currently a public art and 16 S. Summit gallery consultant for the City of Gaithersburg, Maryland. 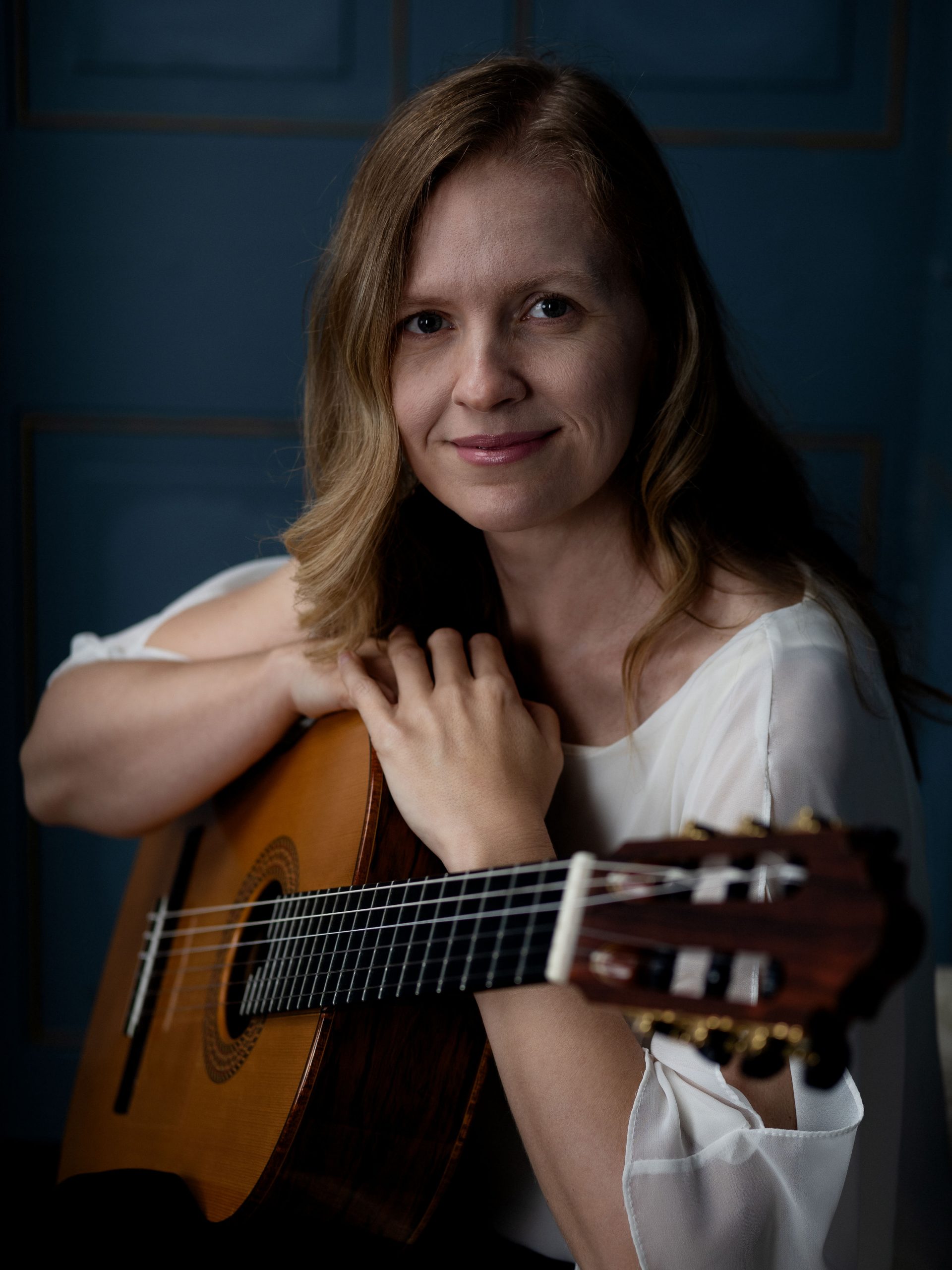 Appearing as a soloist, chamber musician and guest lecturer, guitarist Candice Mowbray has been a featured artist for festivals and concert series in Philadelphia, Toronto, Washington DC, Baltimore and Los Angeles. She is a recipient of the Maryland State Art Council’s 2020 Independent Artist Award and has performed with ensembles such as Washington National Opera at the Kennedy Center, Maryland Symphony Orchestra, Wolf Trap Opera, Satori and Pro Arte Chamber Orchestra of Greater Washington. Her CD, Reverie, has been featured on radio shows such as In Tune (BBC Radio 3) and G-Strings with Tom Cole (Washington DC), and Blair Jackson of Classical Guitar Magazine called the release “A revelation!” and one of the Top 10 CD picks of the year. She earned the Doctorate of Musical Arts in Classical Guitar Performance from Shenandoah Conservatory in Virginia and is active as a teacher, performer, interdisciplinary collaborator and music researcher, especially in the area of women in guitar history. 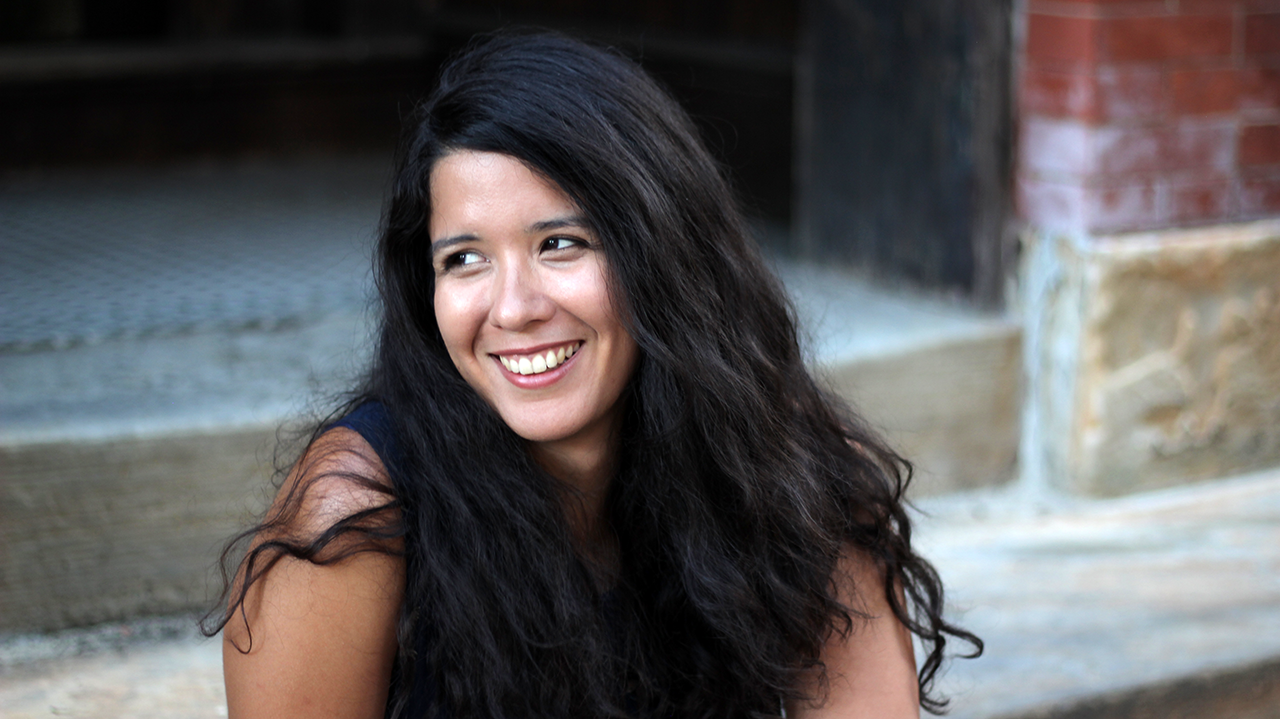 Maggie Villegas is a Baltimore-based creative producer and launched the Baltimore Creatives Acceleration Network in Fall of 2017. Prior to her role at BCAN, Maggie spearheaded community-driven arts initiatives throughout the City of Baltimore on behalf of the Baltimore Office of Promotion and The Arts, including the creation of signature programs such as the Art @ Work mural artist apprenticeship program in partnership with Jubilee Arts, the Neighborhood Lights public artist residency of Light City, and the Lots Alive vacant lot activation program developed in collaboration with the Office of Sustainability. She led the revival of the Baltimore Mural Program as well as the investment of over $300,000 in public art projects. Her 2015 retrospective on the 40 year history of the Baltimore Mural Program, Beautiful Walls for Baltimore, was named ‘Best History Lesson’ by the Baltimore City Paper in 2016.

In 2009, she co-founded the nonprofit arts incubator, EMP Collective, and served as its first Director until 2014. During her tenure, EMP served as a platform for over 60 multidisciplinary and experimental visual, performance, and literary art projects annually and was recognized by the Baltimore City Paper as ‘Best Collective’ in 2012 and ‘Best Multi-Use Art Space’ in 2014.

Maggie has served as a Baltimore facilitator for Artists U where she coached artists through developing their personal strategic plans, as Vice President of the Board of Directors for the Bromo Arts District, as an organizer for Artists for Truth, and ran her own independent practice as an international stage and production manager for clients in opera, theatre, dance, and special events. Maggie was named a Young Cultural Innovator in 2017 by the Salzburg Global Seminar and is a graduate of the 2019 GBC Leadership program.

When she’s not working toward the economic empowerment of Baltimore’s creatives at BCAN, Maggie mentors emerging Latina entrepreneurs with Empowered Women International and serves as a trustee of the Baltimore chapter of the Awesome Foundation and Live Baltimore. 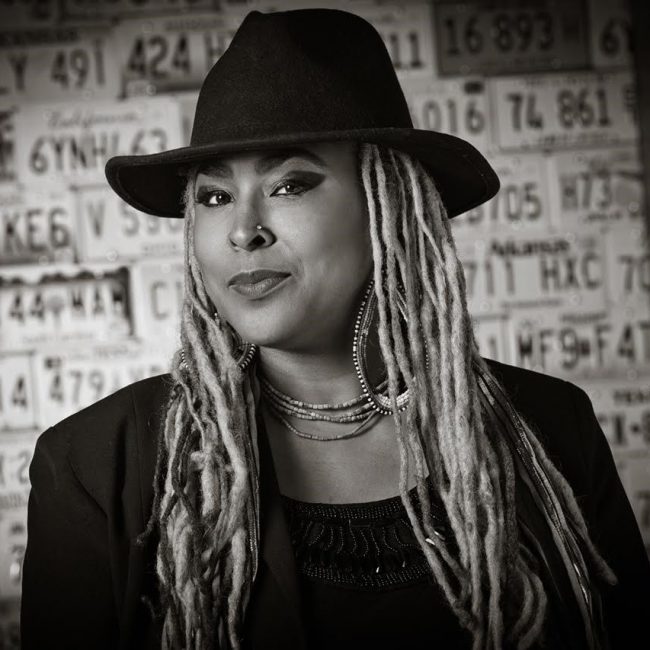 Navasha Daya performs, speaks, and consults nationally and internationally utilizing art and culture as a tool for violence prevention, conflict resolution, self-care and healing from trauma. On stage, Ms. Daya embodies the indigenous feminine spirit and inspires women throughout the world. Grammy- Award winning songstress India Arie described Ms. Daya’s voice as “the true definition of soulful.” She was nominated for female vocalist of the year for the Soultracks Reader’s Choice Awards and has charted at #2 on both Japan’s jazz and dance iTunes charts numerous times. In addition to her solo career as an indie-soul artist, Ms. Daya toured from 2013-2015 as a guest artist, singing with the Grammy Award winning a capella group “Sweet Honey In The Rock.”

Ms. Daya provides services and learning for the mind, body, and spirit, and holds sacred, the beauty of all spiritual paths, faiths and cultures of the world. She is knowledgeable and trained in a variety of spiritual paths and is a transformation agent who uses her spiritual and artistic training to assist in the daily re- birth process of those she serves. Dedicated to the healing of the community, Ms. Daya is also Co- Founder and Director of the Healing and Performing Arts of the Youth Resiliency Institute, providing an array of programming, trainings, and services to assist others in healing from trauma. She uses her art to serve families in public housing in Baltimore, MD and in East Cleveland, OH. Ms. Daya is a board member of the Greater Baltimore Cultural Alliance, a steering committee member of the Baltimore Arts Education Coalition, a member of the international working group Feminist Alliance for Rights, and a member of The Recording Academy. 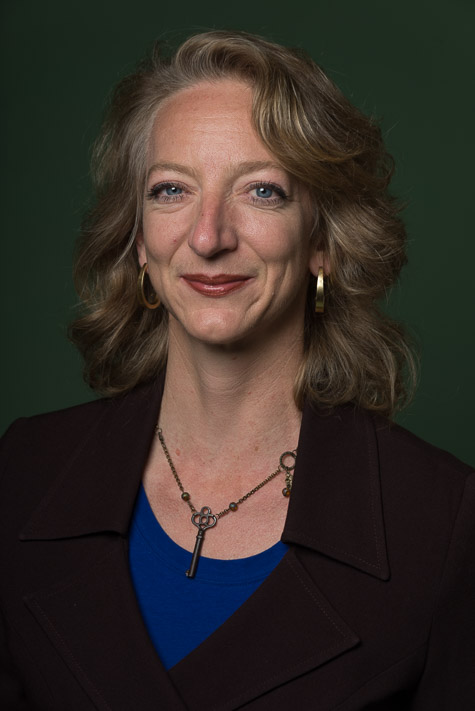 Brooke Kidd is Executive Director and Co-founder of the nonprofit organization World Arts Focus that operates two multidisciplinary venues in Prince George’s County: Joe’s Movement Emporium in Mount Rainier and the new Creative Suitland Arts Center in Suitland. As a cultural leader, she was a member of the founding team for the Gateway Arts District, served on the Mount Rainier City Council, supported large-scale creative placemaking projects, and consulted with communities on building arts programs.  Brooke has also choreographed, directed and performed with regional dance companies and specializes in site-specific public spectacles.  Accomplishments include an M.A. in dance education from American University (1998), Maryland State Arts Advocate of the Year (2015), Prince George’s County Chamber of Commerce Business Leader of the Year (2015), and other awards.   Originally from rural America, she has explored dance as human history, finding that movement is one of the most transformative tools for education, personal development and social equity. 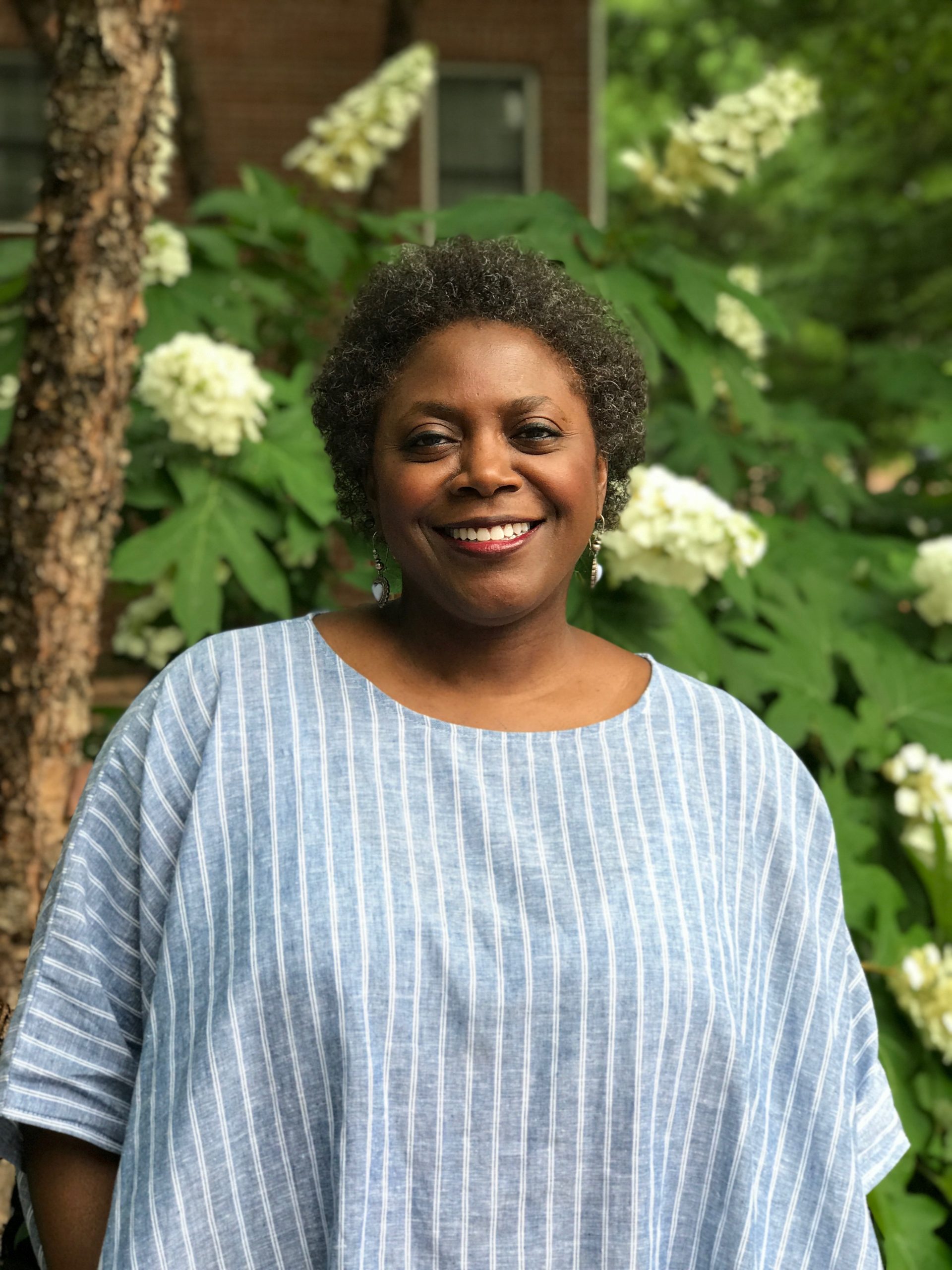 DENISE SAUNDERS THOMPSON’s nonprofit/for-profit management and philanthropic career spans over 25 years of senior executive and program director experience. She has advised organizations on administrative, programmatic and fundraising issues including strategic plans, policy and procedures, communications programs, budgeting and contracts. And she has pioneered top-ranked courses on the collegiate level (graduate and undergraduate) in artistic development, entrepreneurship, fundraising, grant writing, leadership, management, and production. Currently, Denise is the President/CEO of The International Association of Blacks in Dance, a non-profit dance service organization. Denise served as a Professorial Lecturer for the Graduate Arts Management Degree Program at American University. In 2015, she concluded 17 years of service at Howard University in the capacities of Professor and Theatre Manager/Producing Artistic Director. Denise currently serves on the Board of Directors for the Performing Arts Alliance, Friends of Theatre and Dance at Howard University and is a member of Actors Equity Association (AEA) and Women of Color in the Arts (WOCA). 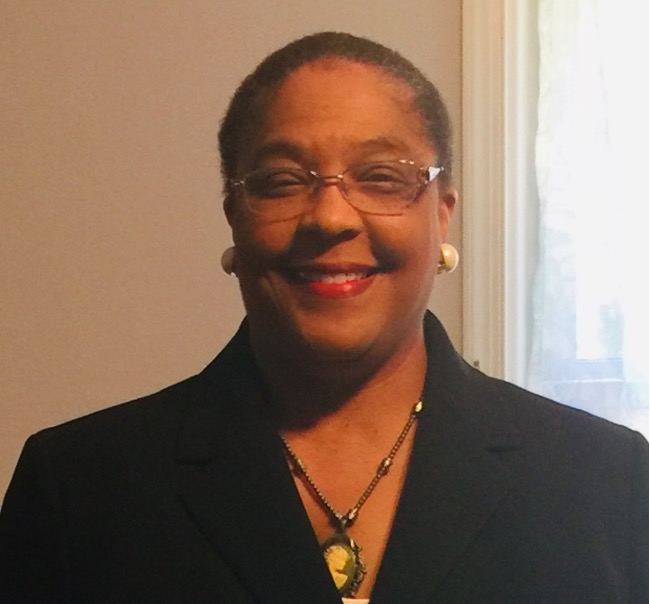 Anita Lambert has been teaching and involved in music and education since her earliest memories. She began taking piano lessons at the age of four, and teaching students while playing for Vacation Bible School at age ten. An epiphany occurred when watching “The Sound of Music” when first released, declaring “I’m going to TEACH someone to sing like THAT!”

Her love for teaching everyone, regardless of other abilities, led her to major in Music Education and Music Therapy at East Carolina University. Her early career was spent in Fairfax County Public schools with Emotionally Disabled students. Her work created the first program of its kind where all students were mainstreamed in music classes. Currently Anita serves Prince George’s County Public Schools as the Coordinating Supervisor for Creative Arts Programs. She is the supervisor for all of the fine and performing arts and collaborates to build arts education and arts integration programs. Anita is privileged to be a member of the Board for AEMS and with the outstanding arts organizations in Maryland.