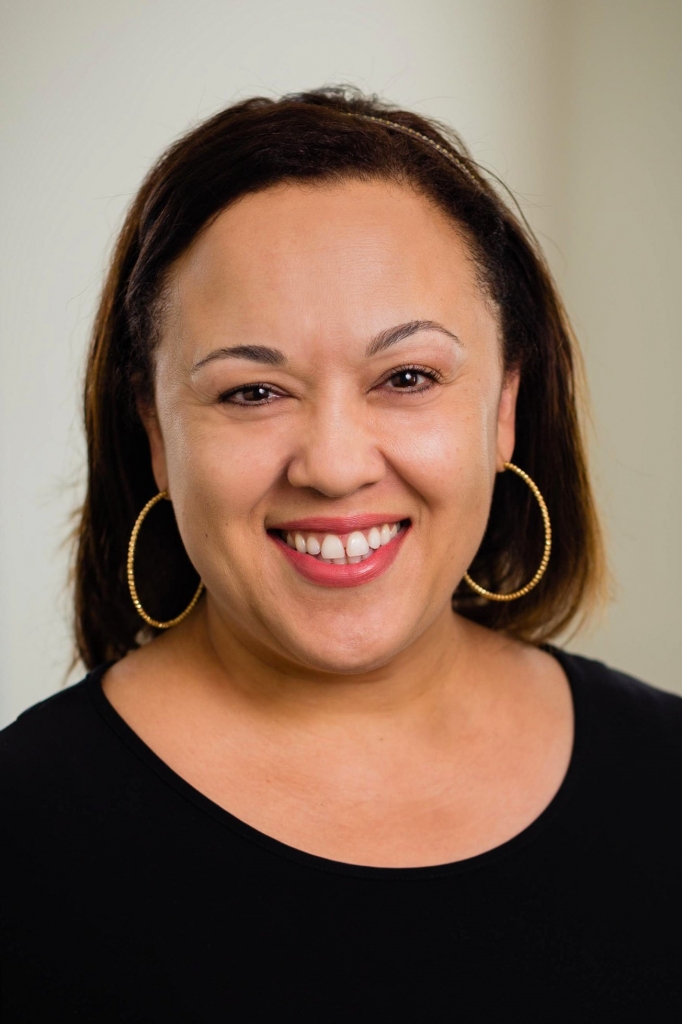 Pam joined the National Assembly of State Arts Agencies (NASAA) in 2015. As president and CEO, she works with the association’s board of directors and staff to advance NASAA’s policy and programmatic mission to strengthen America’s state and jurisdictional arts agencies. A native of Lafayette, Louisiana, Pam has held leadership positions at the local, state and national levels. While in Louisiana state government, she was secretary of the Louisiana Department of Culture, Recreation and Tourism (CRT), assistant secretary of CRT (overseeing its cultural development portfolio), and executive director of its state arts agency (the Louisiana Division of the Arts). During her time at CRT, Pam developed and led Louisiana’s cultural economy initiative and spearheaded the successful UNESCO inscription of Poverty Point State Historic Site (an ancient Indian site) as a World Heritage site.

Before working in state government, Pam was executive director of the Arts and Humanities Council of Southwest Louisiana and managed southwest Louisiana’s Decentralized Arts Funding Program. She has served on the boards of the U.S. Travel Association, NASAA, South Arts and the Louisiana Board of International Commerce. Pam is currently a member of the U.S. National Commission on UNESCO. She graduated from McNeese State University with a B.A. in English and earned an M.A. in English and folklore from the University of Louisiana at Lafayette. 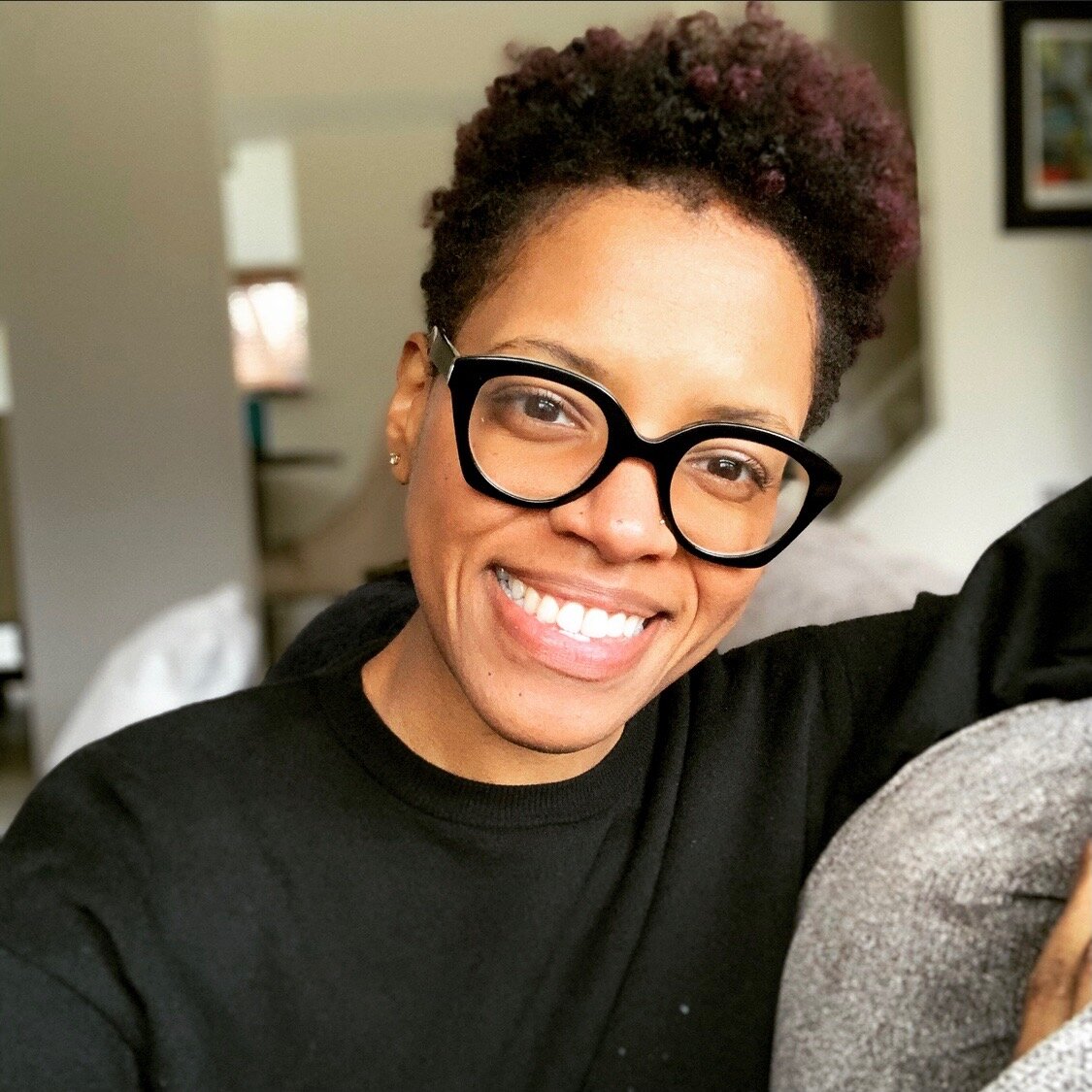 Jess Solomon is an organization development practitioner and cultural steward who has built a practice creating conditions for transformative impact in cultural, philanthropic and social justice spaces. Through her firm Art in Praxis, she specializes in embedding creativity and equity into the work of planned change. Art in Praxis’ client roster includes national and place-based cultural institutions, social justice networks, and foundations. Previously, as Vice President of the Robert W. Deutsch Foundation, Jess sharpened the institution’s place-based arts and culture grantmaking strategy, led organizational change initiatives, and deepened institutional knowledge to drive more equitable impact. Most recently, Jess co-produced cultural policy recommendations for the City of Baltimore as Co-Chair of the Mayor’s Arts and Culture Transition Committee. Jess is an emerging collector with a focus on Black contemporary art by women and gender-nonconforming artists. She hopes to learn how to play her harmonica soon. 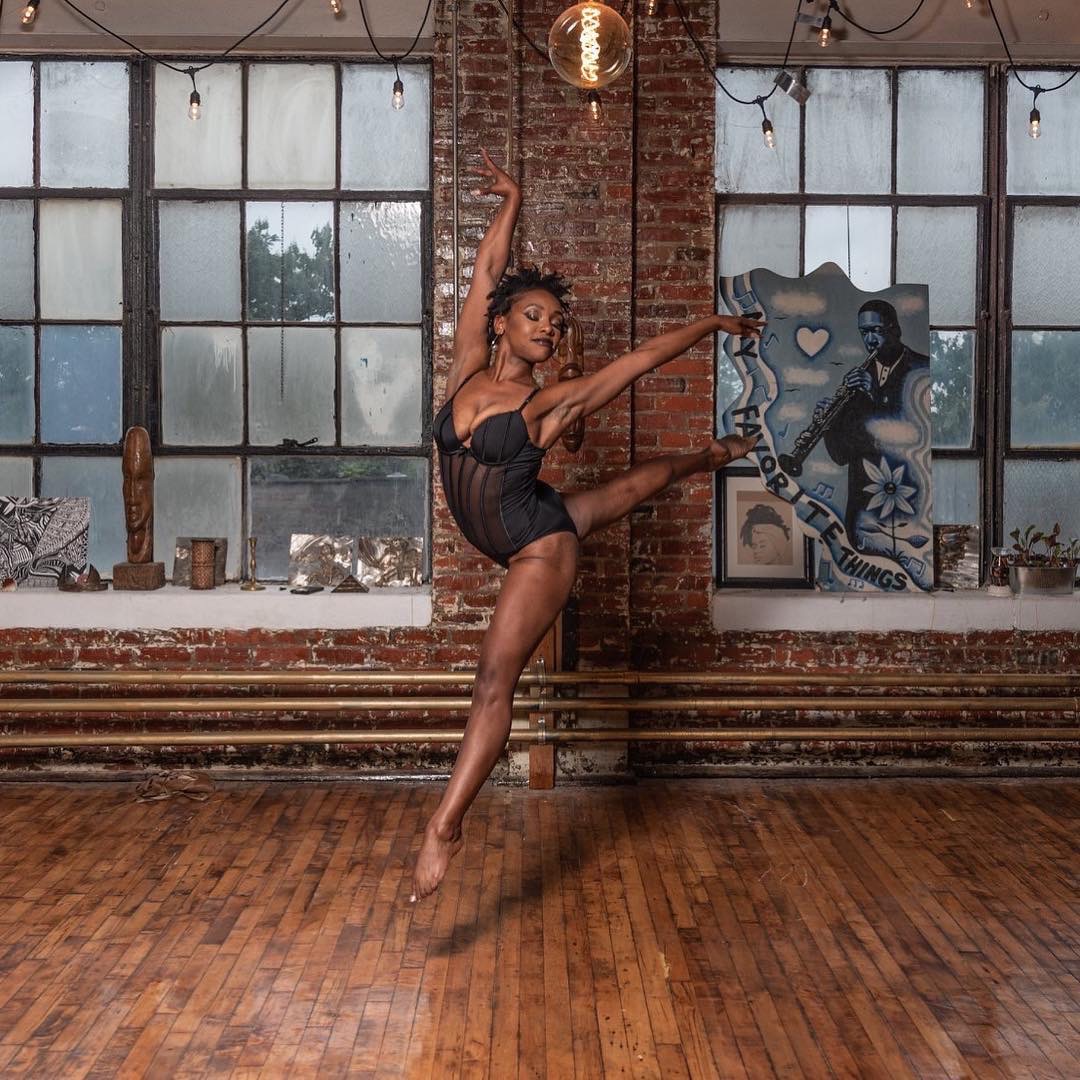 Ballet After Dark is the only program that provides trauma-informed, holistic dance therapy to survivors of sexual and intimate partner violence. We’re building a global community of support for survivors and creating spaces for youth and women (and those who identify as women) to safely explore freedom of assembly and association following sexual devastation. Ballet After Dark works as a support system to existing victim service agencies to provide trauma-informed ballet classes to survivors allowing autonomy to be restored following trauma. This holistic approach allows survivors to reprocess, rebuild and reclaim their bodies following sexual and intimate partner violence.

Ballet After Dark initially began as a series of community based dance therapy workshops for survivors of sexual and domestic assault before being developed into a curriculum. The development of the trauma-informed curriculum began in 2018 and was completed in the spring of 2019. Hosting the small workshops between 2016-2018 allowed us to gauge the need and interest of the curriculum before an official launch.

Catching the eye of international artist and philanthropist, Queen Latifah, and consumer conglomerate Procter & Gamble, the short documentary, Ballet After Dark, was produced and premiered at the 2019 Tribeca Film Festival. The short film is currently streaming on BET. Ballet After Dark tells the story a young woman who found the strength to survive after an attack. She created an organization that is helping sexual abuse and domestic violent survivors find healing after trauma through dance therapy.

Tyde-Courtney Edwards is the Founding Director of Ballet After Dark, a classically trained ballerina, art model and survivor of sexual assault. Born and raised in Baltimore City, she is a graduate of the Baltimore School for the Arts and has over 20 years of dance training and experience. Tyde-Courtney has trained with Debbie Allen Dance Academy, Dance Theatre of Harlem, Peabody Conservatory, Joffrey Ballet, Alvin Ailey and other institutions while receiving training from local dance pioneers such as Anton Wilson and Stephanie Powell. She currently resides in Baltimore City. Her experience searching for

trauma-informed programs and projects while recovering from sexual assault and recognizing the lack of diversity led her to develop the Ballet After Dark program. 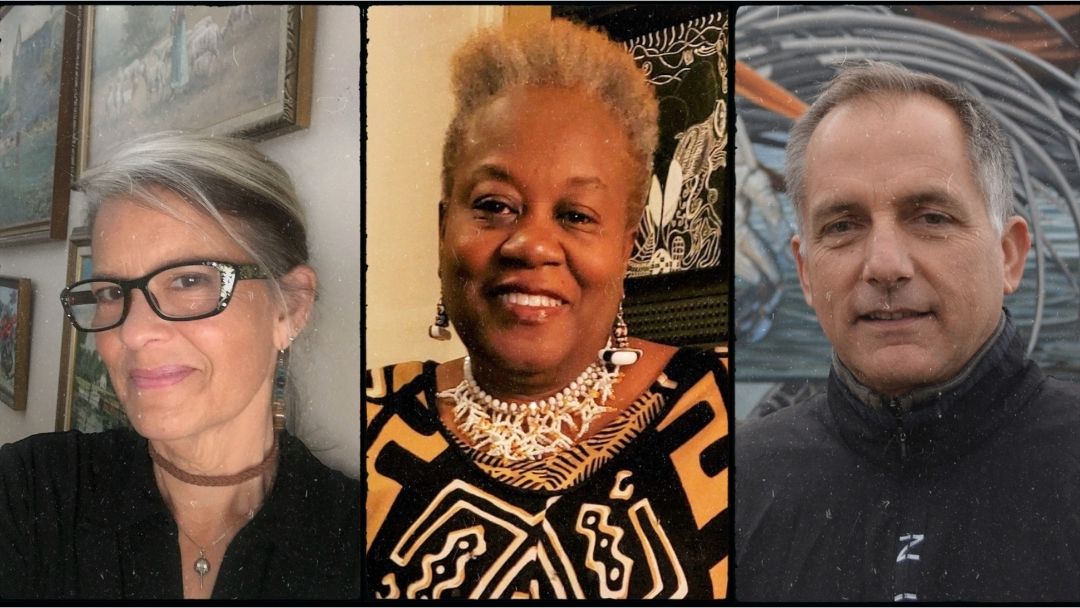 Barb Seese is the Executive Director of the Dorchester Center for the Arts (DCA) in Cambridge, DCA is dedicated to enriching Maryland’s Eastern Shore community through high quality, engaging programming in the visual, literary, and performing arts. As the designated County Arts Council for Dorchester, DCA is committed to increasing access to the arts for all members of the community by supporting extensive outreach and educational opportunities in the arts. Ms. Seese has an impassioned commitment to partnership and creative collaboration from the grassroots level up. She has designed creative placemaking projects in alliance with civic, nonprofit, and for-profit groups to strengthen the Cambridge A & E District and promote the role of the arts in downtown development and tourism. She commissioned the Harriet Tubman mural by Michael Rosato in partnership with Alpha Genesis Community Development Corporation and the Harriet Tubman Museum in Cambridge, MD. Prior to DCA, she served as Executive Director for another Eastern Shore nonprofit, Production Director for local radio, and Creative Director for the music industry in Los Angeles, CA.

Adrian Holmes is the founder and program director of Alpha Genesis Community Development Corporation (AGCDC), a nonprofit organization in Cambridge, MD which strengthens and enriches neighborhoods by utilizing a community’s unique history to inspire conversation, embrace and celebrate diversity; leading to sustainable economic development. AGCDC provides programs that help connect the community through the shared experiences of art and culture, working from within the community to build unity where there has been a long history of division. Ms. Holmes and her Alpha Genesis team facilitated the public art forum which inspired the concept and creation of the Harriet Tubman mural. The mural reflects the power of our collective voice, our unity and creativity which are essential to building a thriving community. Ms. Holmes has over 15 years of military management, signal analysis and leadership experience through serving in the U.S. Air Force. She has served in various capacities within the Department of Defense mainly in the Air Force Space Command and Electronic Security Command, but found her niche in a more creative forum on the Eastern Shore of Maryland.

Michael Rosato is an artist who specializes in designing and painting large-scale murals for public and private spaces. Museums, corporations and individuals have commissioned Mr. Rosato to create artworks for display in museum exhibits, corporate headquarters, retail spaces, restaurants, sports arenas, outdoor venues and private residences. His recent mural of abolitionist and conductor on the Underground Railroad, Harriet Tubman, has received international acclaim. Mr. Rosato describes his style as representational realism and he enjoys telling vivid and often emotional stories through his work. His murals can be seen in venues across the country, including the Oklahoma City National Memorial in Oklahoma City, OK, Texas Motor Speedway, in Fort Worth, TX, the Smithsonian Museum of Natural History in Washington, DC, the Headquarters of Bacardi in San Juan, Puerto Rico, Globe Life Park, home to the Texas Rangers, in Arlington, TX, the U.S. Fish and Wildlife Museum in Cape Charles, VA, the Chesapeake Country Mural Trail in Dorchester County, MD and the National Museum of the Marine Corps in Triangle, VA. Mr. Rosato’s studio is located in Cambridge, Maryland. 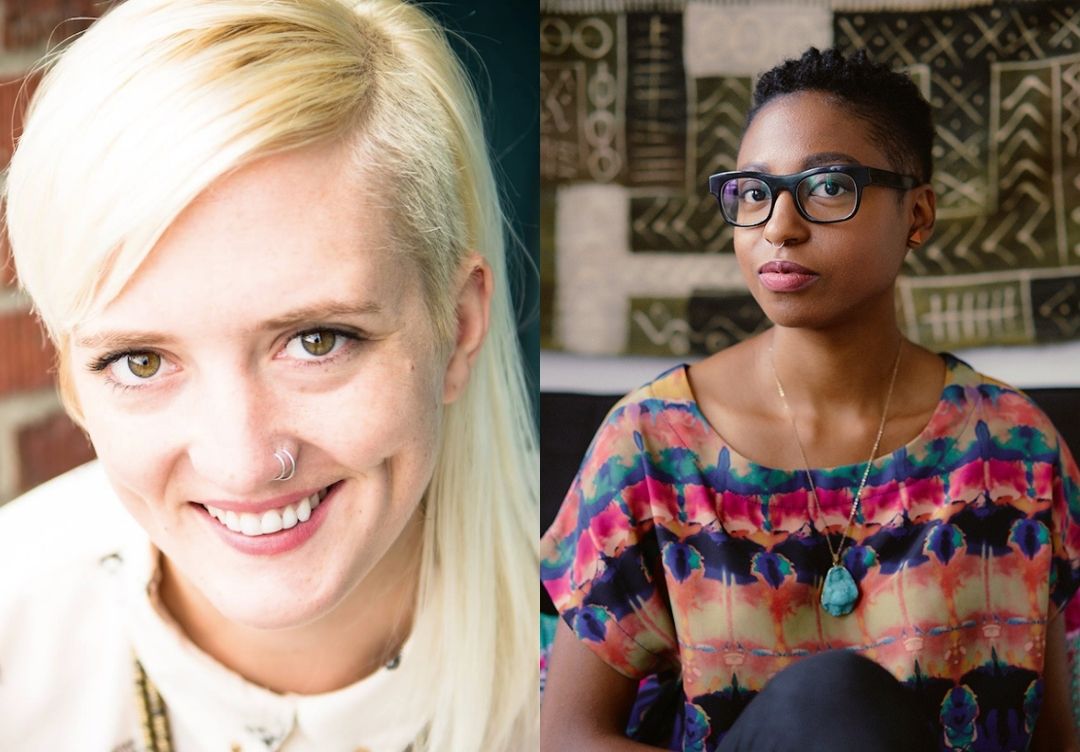 Robin Lynne Marquis (they/them) has over a decade of experience leading initiatives, programming, and community collaborations with cultural institutions of all sizes and people of all ages. As a disabled artist, Marquis is part of a national network of thought-leaders shaping the conversation about accessibility in the arts while contributing to local efforts that combine creativity, education, and activism to achieve social change. They currently serve as the Community Outreach Coordinator for Access Smithsonian, and as the Accessibility Manager for The Peale. As a Baltimore-based accessibility consultant, Robin provides education and support to arts and cultural organizations committed to making spaces accessible for and inclusive of people with disabilities. They hold an MFA in Community Arts from the Maryland Institute College of Art.

Denise Shanté Brown is a sober queer disabled entrepreneur, holistic design strategist, writer and creative healer. Her life’s work brings forth abundant possibilities for wellbeing through collaborative creativity and community-led practices.  As the founder of Black Womxn Flourish and Liberatory Libations, she’s dedicated to actualizing liberating and vibrant futures through design. Denise Shanté believes that creative, healing-centric experiences can shape possibilities and embolden communities to develop the tools and strategies we need for collective wellbeing. She holds a Masters in Social Design from MICA, embodied frameworks discovered during Feminist Business School, and recognition through leadership awards and fellowships celebrating her meaningful contributions toward health justice and liberatory praxis.  Her practice is grounded in design justice and healing justice principles, emergent strategy, nature, the feminine economy and Black feminist theory.